I have often dreamed of finding beautiful vintage clothing in the charity shops. I love clothes from the 30s, 40s and 50s. I was less keen on 60s and 70s fashions (having worn them first time around) but since reading fashion blogs and following some amazing bloggers, I have become more open minded regarding these decades. So, now I keep an eye open for vintage clothes whereas I never did before. I've never found anything from the 30s,  40s or 50s but I think I might have found a vintage velvet coat from the 70s. I bought this more than a year ago in a charity shop for £12.00, before I had read any fashion/style blogs and had not worn it until last Sunday night.

Last Sunday evening we went out for a birthday meal with my youngest and middle brothers; youngest brother was 58. We were going on from the meal to watch our oldest brother perform at the Derngate in Northampton. He plays with a band called Steeleye Span. You can see where they are touring in the UK here. After the performance - which was brilliant - we went backstage where my oldest brother admired my coat and asked me if it was vintage. I had to confess I didn't know and when I got home I looked at the labels. 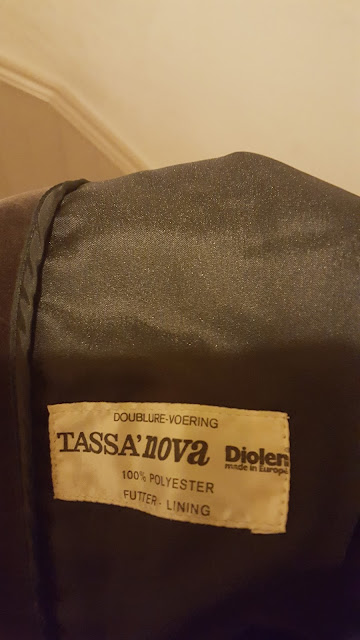 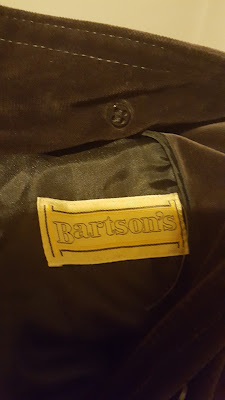 The labels weren't in the usual place i.e. in the neck but on the left and the right at roughly at chest level. They don't look like modern clothes labels and the washing/dry cleaning instructions were sewn in along the  inside hem and did not use the symbols usually seen on wash/care labels, but had written instructions.

I went on the Vintage Fashion Guild website and found their label resource but no Bartson's or Tassa'nova. The words 'doublelure' are French for lining, as is 'futter' (German) and 'voering' (Dutch). Polyester was a material that became commercially available in the UK from 1955 and is referring to the lining. I looked up Diolen and found this on the VFG:  Diolen is a polyester based fibre, along similar lines to Kevlar which although not quite as strong in tensile strength as Kevlar, reasonably close in performance and considerably cheaper.  I'm not sure if Diolen is referring to the external material (which is like velvet) or the lining!

I googled Bartson's and came up with items for sale on ebay. One was a man's trench coat and another was a woman's raincoat but the label said something else. I found another woman's raincoat with the make Barston's, but no label was shown in the photo and it looked like a more recent coat. There is currently a company called Bartson's in Antwerp who make men and boys clothes but my coat is clearly a woman's coat. I then found a US trademark website which said that Bartson's was a US Federal Trademark registered in Antwerp in 1968 which expired in 2001. I found a Bartson Fabrics (note not Bartson's) which was established in 1917 in the US and from the 1940s imported and distributed fabrics to Europe and Asia.

My coat is a swing style coat which was fashionable in the 1960s (only we called them duster coats and they often had a matching dress) and in the 70s - I had a one when I was pregnant with my first child, so one could infer from the style and the sleeves (bell like), label etc that it is a coat from the 1970s and therefore vintage!! 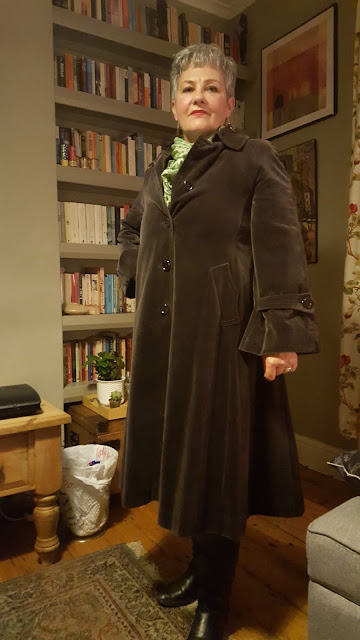 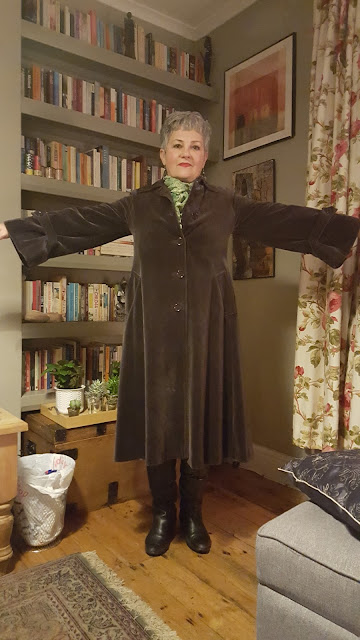 What do you think? Any words of wisdom Vix, Curtise? Have I finally found and bought a vintage item?