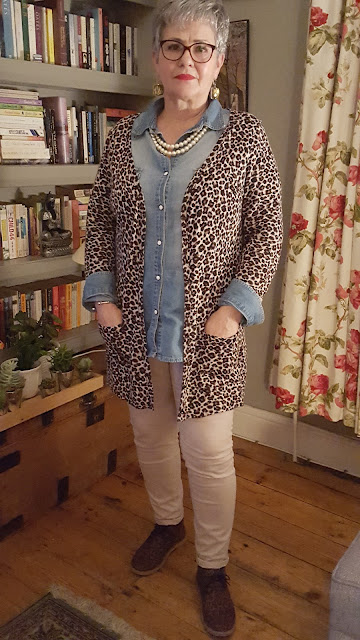 I went walking again today, on my own, and did 5.75 miles. Whilst I was following a footpath I spied this bird of prey on a fencepost: 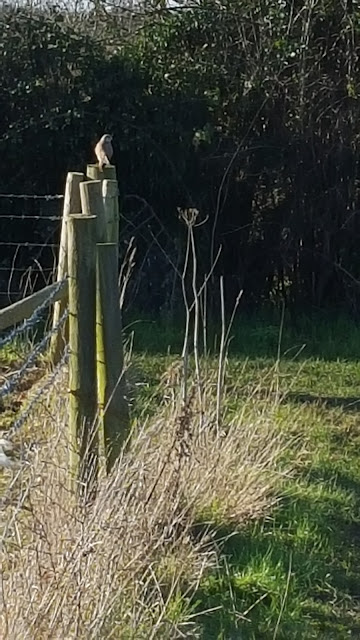 I know it's not a very good picture. The sun was in my eyes, I didn't have my glasses on and this is as much zoom I could get out of my phone camera. I'm not sure if it's a buzzard or even a sparrow hawk. We had one of those on the bird table a few months back. My OH managed to get a picture of it: 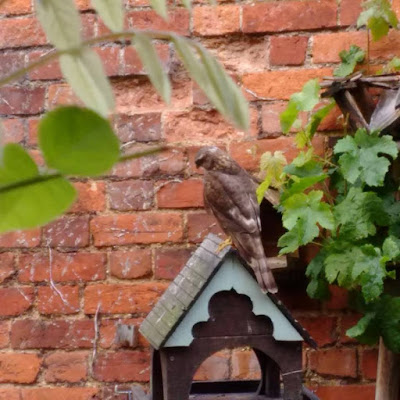 Today, every time I got closer to the bird of prey, it flew off to a fence post further on, and then as I approached again he flew off;  this went on for several fence posts until eventually growing tired of teasing me, he/she flew off over my head back to its original fence post perch.

It's one of the perks of walking in the countryside - what wildlife will you see? So far I've seen:  Reece's Pheasant, a cuckoo, an egret, lapwings, kites, buzzards, pheasants and a woodpecker. I've seen a deer, rabbits and a fox. I once found a fox's lower mandible and brought it home to display it on my bookshelves. OH suggested I boil it first to get rid of the germs and it promptly fell to bits!! 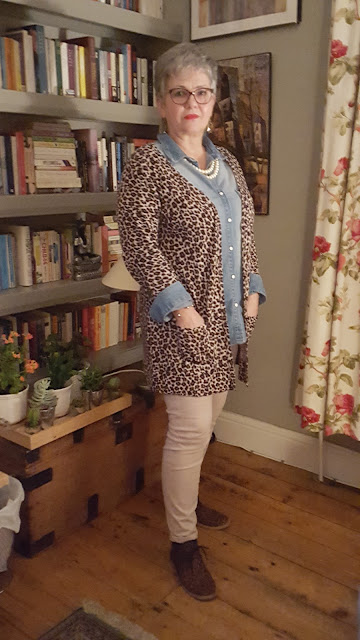 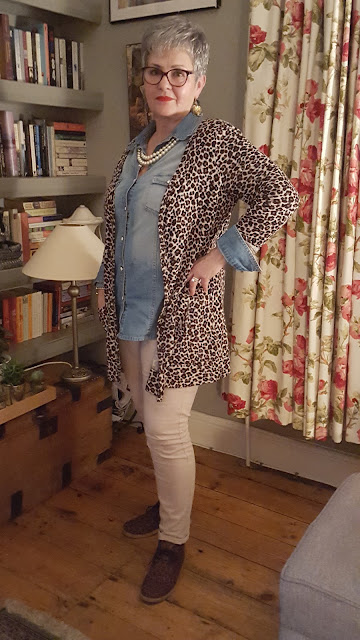 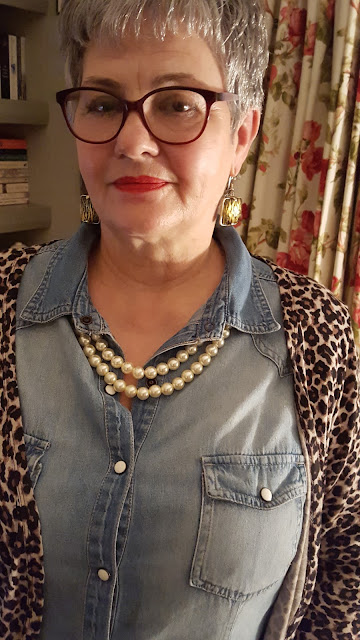 I bought these pearls yesterday in Newport Pagnell for £1.00 in Age UK and the  animal print earrings were bought in a charity shop last year. I've worn a similar outfit to this one before here but it was before the not buying it pledge!

Yes, it's start of week 5 of not buying it (any clothes from the charity shops, that is). I'm not finding it difficult to make up the outfits, but it's difficult to remember to get photos taken everyday and then blog every other day. I do admire bloggers who post daily. I'll be glad to get back to once or twice a week!

Another denim shirt today! I also have a chambray one which I've planned to wear quite soon. 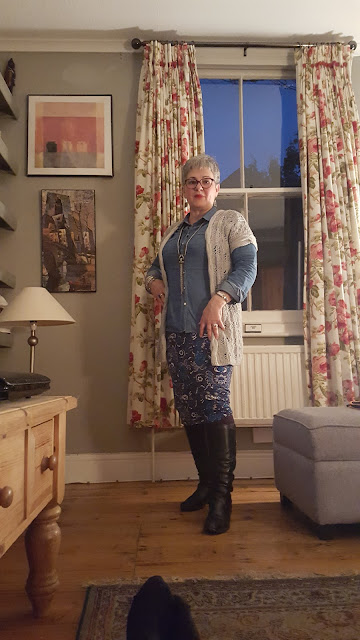 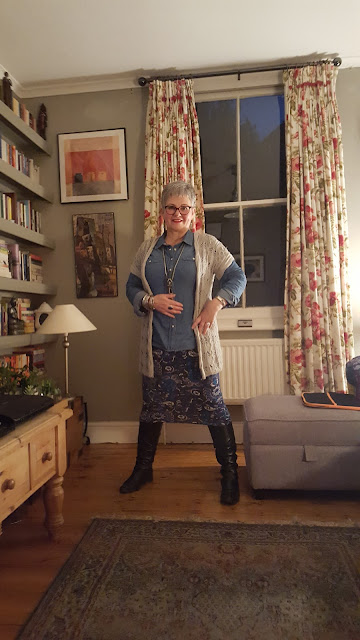 Skirt from Primarni, shirt bought on line, short sleeved cardigan charity shopped. I'm wearing plum leggings underneath for warmth but they don't show in these photos.  Zara boots charity shopped. Necklace was a gift from my daughter's ex partner. Silver bracelets some gifts, some charity shopped. 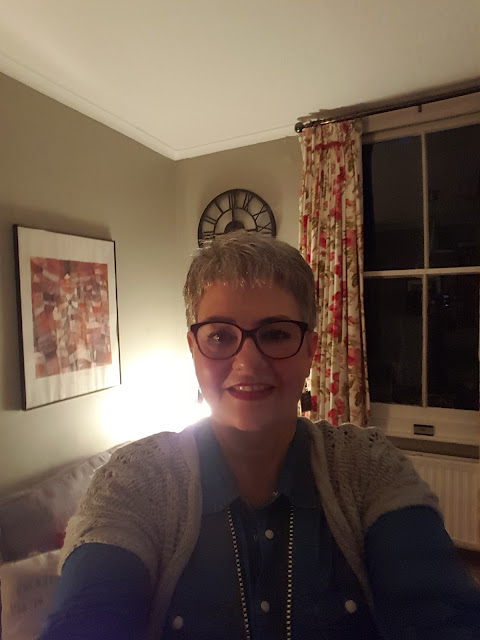 I had my hair cut today. Grandson was taking photos so I tried a selfie. Earrings charity shopped.
See you on Sunday!