I had planned to go walking with the Ramblers today but with all the rain we've been having decided not to - too muddy! I don't mind getting dirty but I'm scared of falling and breaking bones. OH and me will go for a long walk tomorrow whatever the weather and we'll be walking on pavements and paths so less chance of slipping. 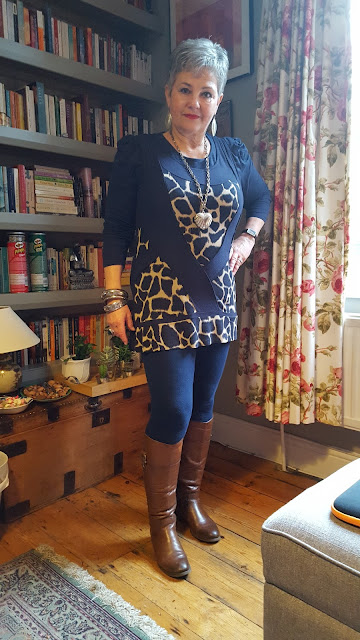 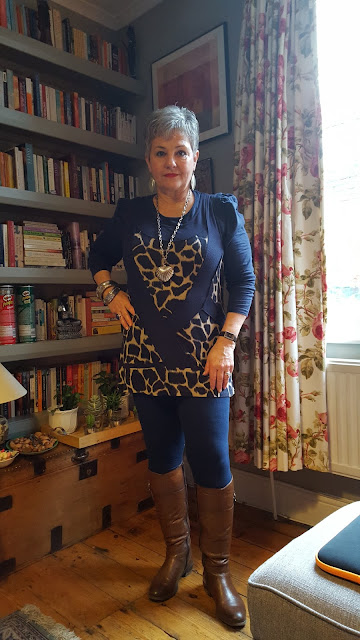 I'm wearing an asymmetrical top from M&S, bought in Barnardo's in Ampthill for £4.00. Navy blue top underneath was from the £1.00 rail in Age UK in Wellingborough. Leggings are from Sainsbury's as are the boots. I bought them last year at 50% off so only paid £27.50 instead of £55.00. They still have them this year and when I was there on Thursday they have 50% at the moment. 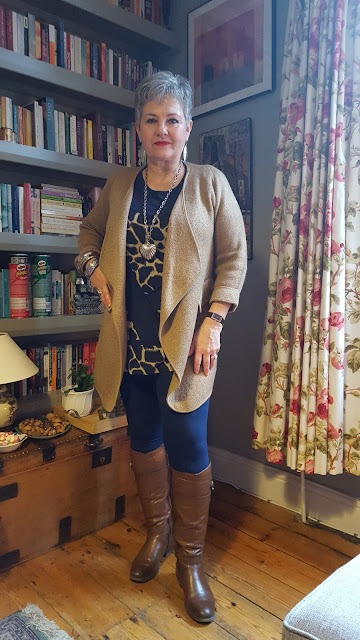 For warmth I added this cardigan coat which I bought from on line retailer; Sheinside. 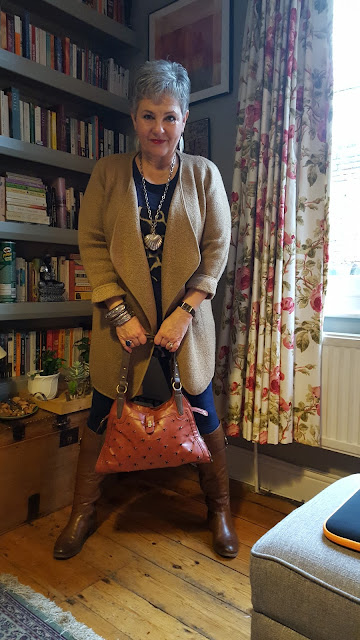 This is the the handbag I bought in Keech Children's Hospice shop for £2.75  some weeks ago and I really like it - the contrast of colours and the little cut out bird design. The heart necklace was charity shopped, as were the silver bangles and the watch. I bought the earrings but can't remember where - but it definitely wasn't Sainsbury's!

I'm heading over to Patti's, 'Not Dead Yet' here  to link up with Visible Monday. I haven't been for a few weeks - I wonder what's on the menu?