We had a brilliant time in Ely.

Ely is in Cambridgeshire and is part of the Fens; 14 miles north east of Cambridge, about 44 miles from Bedford. The name Ely  is derived from the Isle of Eels, when the city was surrounded by water and marshland.
The Fens, also known as the Fenland, is a naturally marshy region in eastern England. Most of the fens were drained several centuries ago, resulting in a flat, damp, low-lying agricultural region. 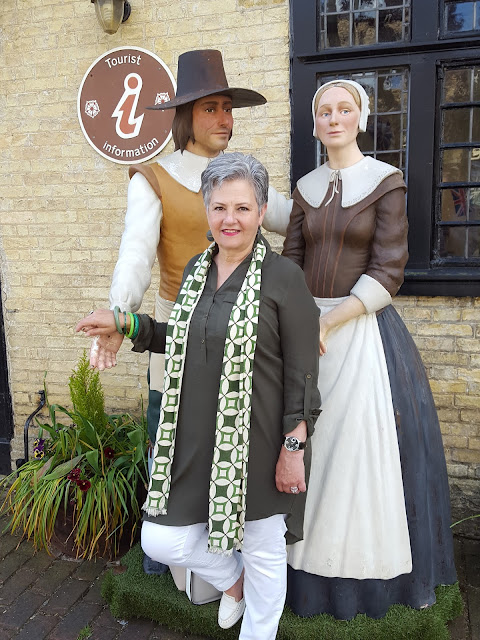 I am standing outside Oliver Cromwell's house. He crops up a lot in these parts; he went to school in Huntingdon where we visited a few months back here. 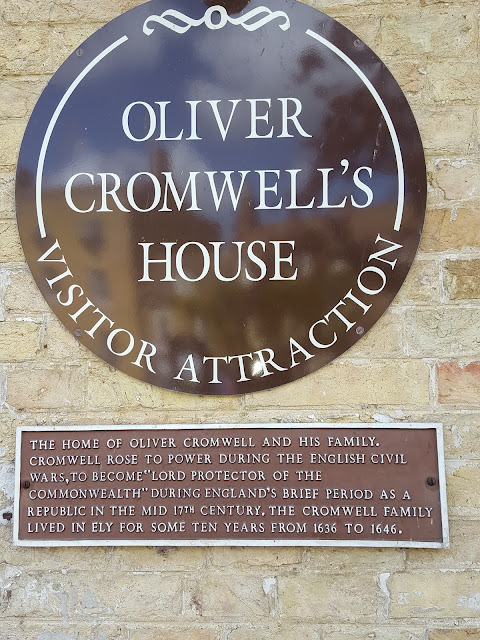 On Sunday, we went to the Cathedral. We were lucky enough to hear the choir practising. The music they made caused the hairs on the back of my neck to stand up.
The cathedral was magnificent. I'm not religious but you cannot but feel a sense of awe in such places at the lengths people went to in their design and devotion to their God. 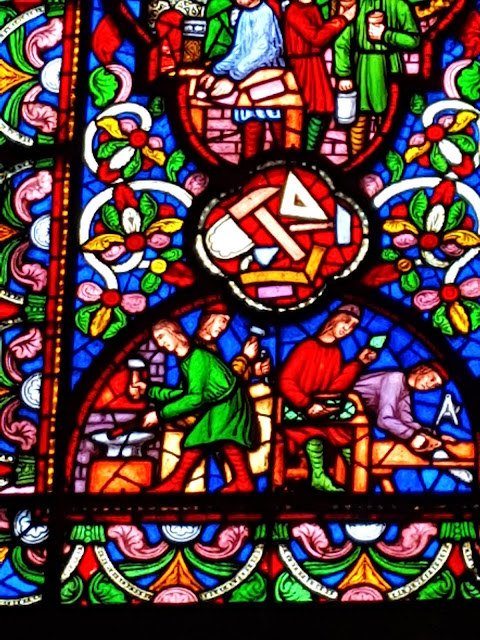 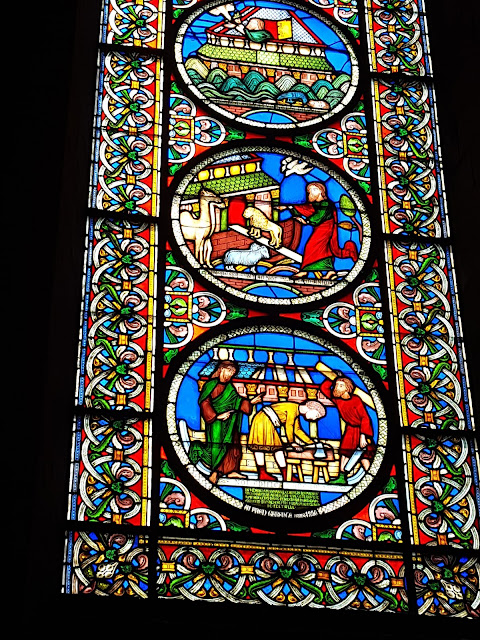 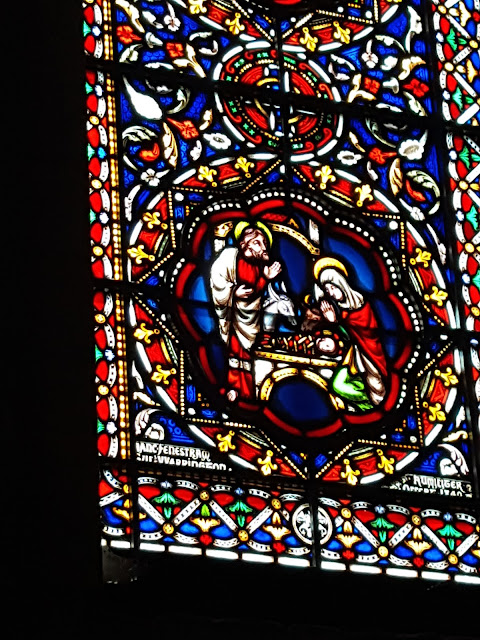 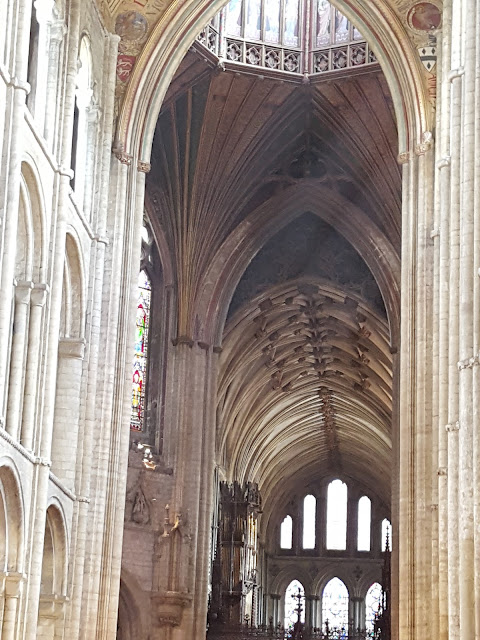 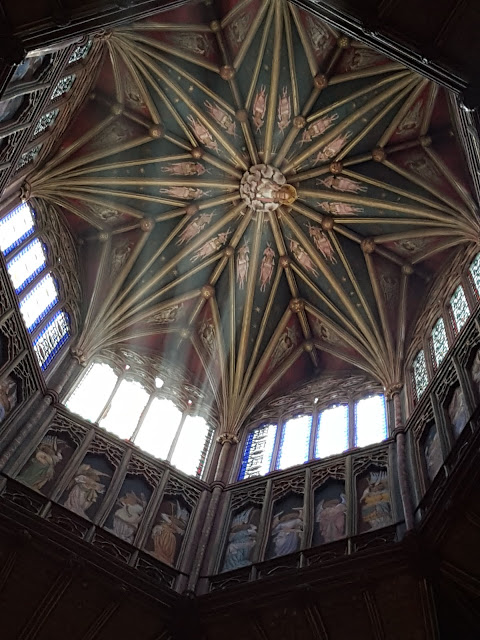 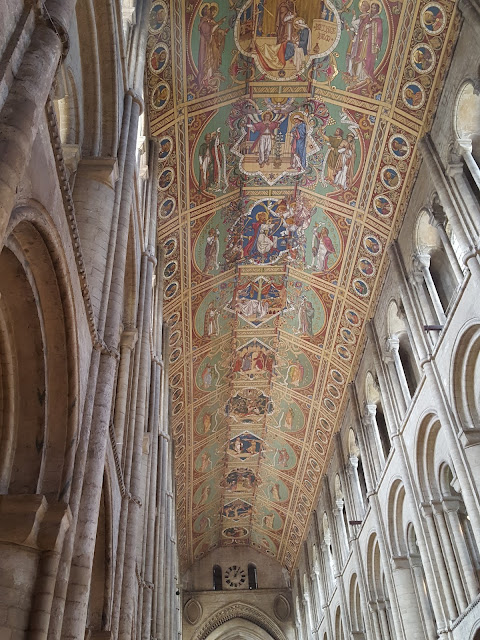 Amazing detail  and painting on the ceiling.

After looking at the Cathedral we strolled around looking at wonderful buildings and then walked by the Great River Ouse. We felt quite at home as the same river runs through Bedford. 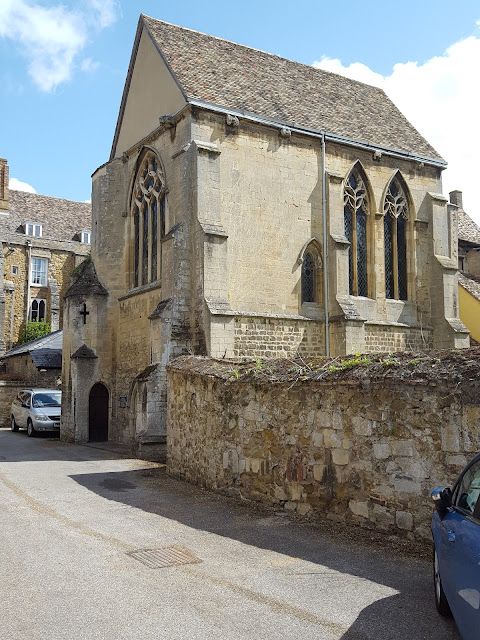 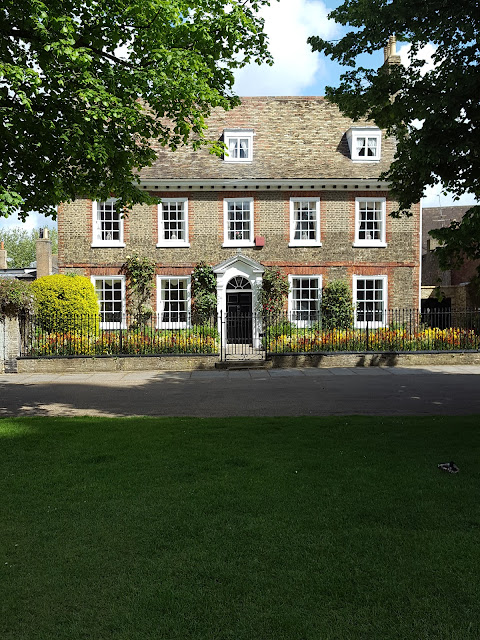 Don't know whose house this is but isn't it gorgeous? 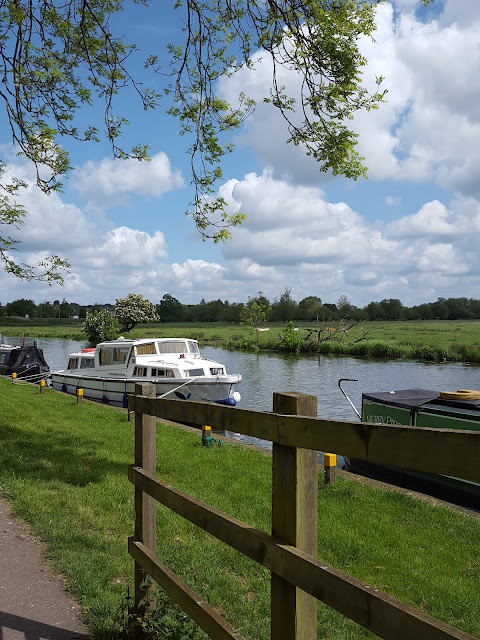 We rummaged on Saturday. Ely has 7 charity shops and we also went to Newmarket in Suffolk which was about 15 miles away and checked out theirs. I bought a spotty cup and saucer in Newmarket and that's all! I bought two tops; a pair of shoes and a small tray with an Art Noveau print on it, in Ely. 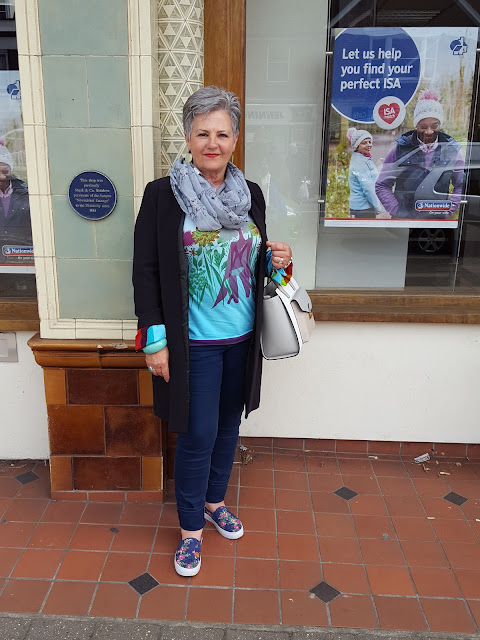 This shop (in Newmarket) was originally a butcher's making special sausages under Royal licence. It's now a building society.

Can you see the original tiling and lovely pillars? 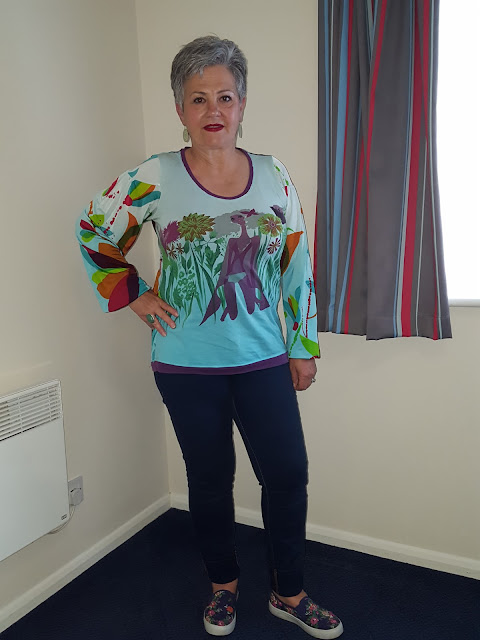 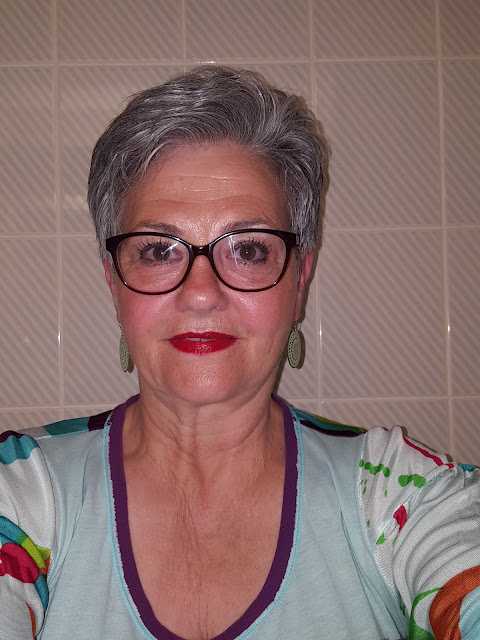 Earrings - donated by my daughter!