Showing posts from January, 2017
Show All

Away for the weekend 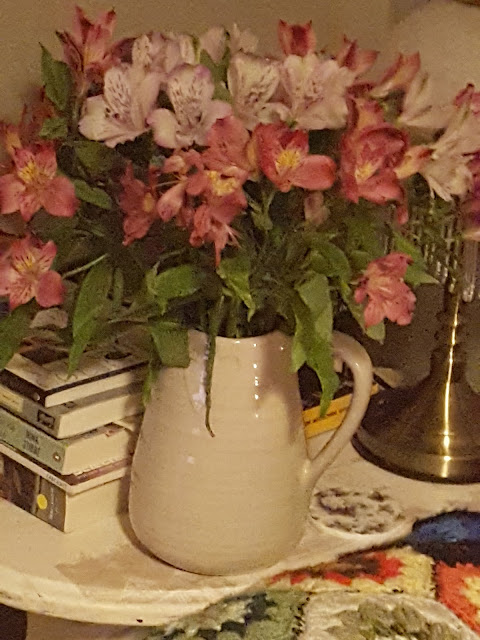 If Lidl has these flowers (Alstromerias) in, I always buy them. This double bunch was bought on 22nd December and lasted for four weeks! Monday's OOTD This is what I wore at the Red Cross where I volunteer. All jewellery charity shopped except watch. Everything charity shopped except boots - bought on line. Red jeans; Laura Ashley, cardigan by Faithful and True (!); spotted top by Anthology, bought for 49p in Barnardos last week. The contrast in the amount of goods donated to the Red Cross and Save the Children (my previous charity shop) is huge! At Save the Children we often had to keep old stock out as there wasn't much to replace it with. At the Red Cross, when I got in on Monday, there were at least 8 black bin bags of donation to be sorted and tagged; by the time I left three and a half hours later there were a further six bags donated! Did I buy anything? Of course! I bought a coral coloured cardigan from Monsoon (it's a colour I
7 comments
Read more

Not a New Year's Resolution 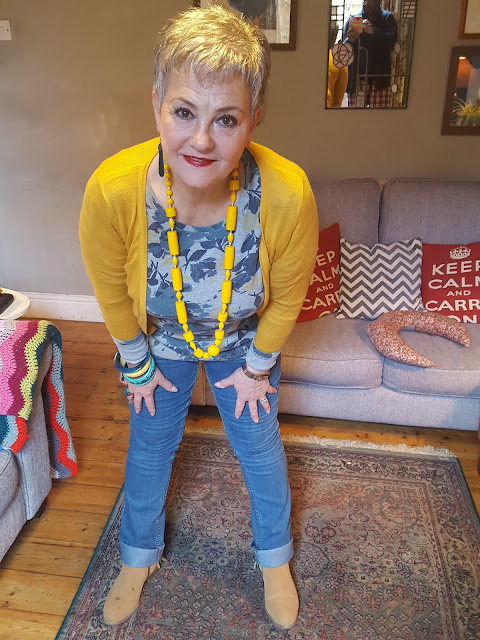 I have been getting on really well with my crochet blanket in browns, creams and beiges. I can get on with it if I'm watching TV and it will encourage me to watch more DVDs as I can crochet and watch a screen at the same time, but I can't crochet and read at the same time! I have DVDs I got for Christmas presents years ago that are still in their wrappers so I'm definitely going to make sure they get watched in 2017. It's not a New Year resolution though.... It was cold on Saturday but at least it was bright and sunny. I walked to Aldi and back again and into to town to pick up a parcel and walked 6.5 miles in total. If I manage to walk again on Sunday I'll have completed my thrice weekly walking plan for the first time this year. I want to try and do this this every week. It's not a New Year's resolution though just a plan I want to carry out... On my walk I visited the Beds Garden Carers charity shop where they have a small clothing area upsta
14 comments
Read more

A week of spots, stripes and checks... 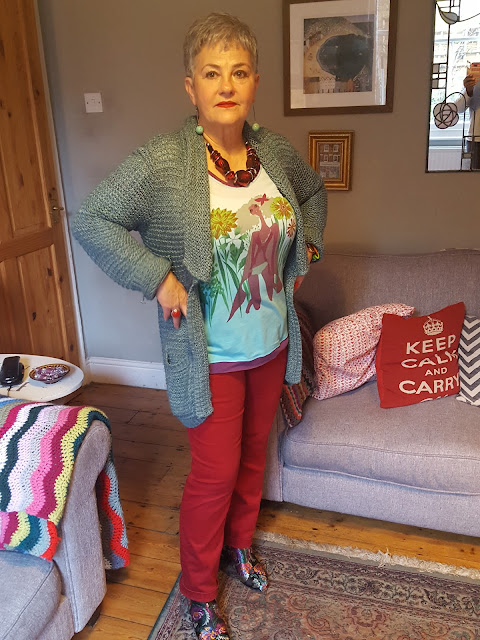 This could probably be called Day 6 of the pattern challenge! I wore this on Saturday. Everything is charity shopped except the floral boots which were bought on line and the earrings; bought by OH in an Oxford street market. The cardigan is by Next; the jeans by Laura Ashley and the top is by a Spanish company; I can't remember where I bought any of them but all have been bought since I started blogging in  November, 2015. I do love these boots but the heel is a little higher than usual so I can't wear them for too long. I went out on Saturday afternoon to look for a chest of drawers for my spare bedroom and after a couple of hours my feet were killing me! Necklace charity shopped in Donegal, I think. I had a look around a couple of charity shops whilst looking for a chest of drawers and I bought a sleeveless green knitted top by Great Plains for £3.00 in Keech as it was green and will be useful to wear over shirts/blouses.  A checked man's shirt
12 comments
Read more
More posts