Showing posts from May, 2021
Show All

I would like to start by correcting the impression I might have given in my previous post that when I acted as a polling clerk it was a volunteering role; it wasn't, I got paid for it! The standard rate for poll clerking is £150.00 for the day -  which sounds a lot, but as we are there for 16 hours; it works out as just under 10.00 per hour - not that much, really. The Presiding Officer role pays twice that amount, but I wouldn't want the responsibility so I've always gone for the poll clerk role. We also get paid for training. Right, now I've cleared that up this is what I've been up to since my last post.  I managed to swim 42 laps in the allotted time on Tuesday but that was partly because there were fewer people in the lane; also several got out of the pool leaving me the only swimmer in my lane for the last ten minutes of the swim - yay! Anyway, goal achieved and let's hope I can continue to keep it up. Trousers by La Redoute; bought in their sale about 6 -
19 comments
Read more

What the heck is the weather doing? 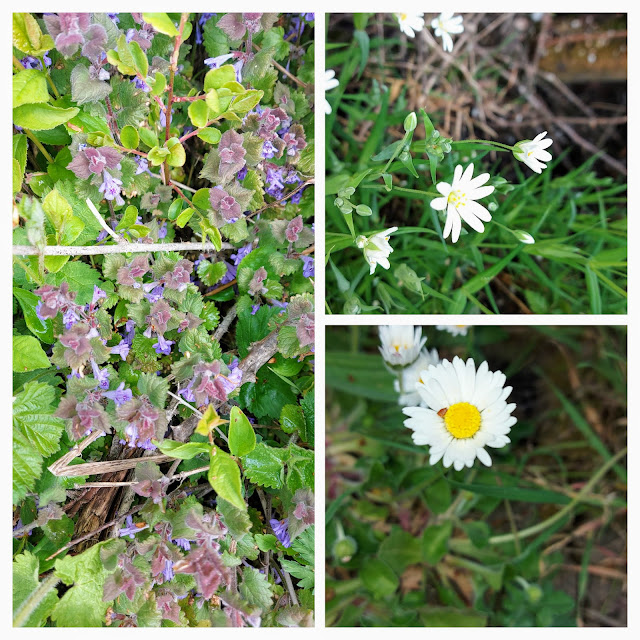 Although the temperatures in April were below the seasonal average it was still a lot warmer than before we went to Cornwall. I didn't need to put the heating on in the morning and although we were still lighting the fire each evening; it was usually around 7pm and not 5pm as before. On the last Wednesday in April, I went to recce the walk I'd be leading on 12th June and walked 7.5 miles. There were so many cowslips everywhere; it seems to be a bumper year for them. More wildflowers spotted on my walk: left - Lungwort, top right; Greater Stitchwort; bottom right; Common Daisy. I went to the hairdressers on Thursday morning and as she is near the Daycare Hospice I popped in for a quick look and dropped a carrier bag full of donations off. I bought a pair of dungarees and a cobalt blue top. I've never owned a pair of dungarees and I'm just hoping that at 67 I'm not too old to wear some! Just need some warmer weather... This is the homemade dress I  bought from the Woo
18 comments
Read more
More posts